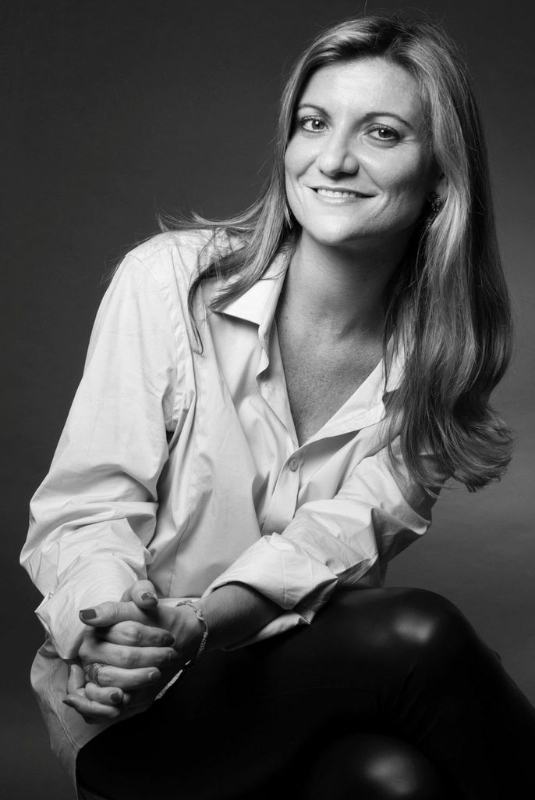 Founder and CEO of STORIES By Susana Guardiola

A director, script-writer and producer, with a career of more than twenty years, making long and short-form series and films, as much in fiction as for documentaries, video clips, or advertising. Her films have been distributed and exhibited in festivals, cinemas, TV shows, exhibitions, online and at events, around the world.

Her work looks to convey emotion through imagery, mixing reality and fiction, from a very careful aesthetic and a constant search for visual beauty, rich sound and creative graphics. Through her stories, she tries to provide a look that is profound, inspiring, poetic and engaging.

After graduating in Audio-Visual Communication (University of Ramon Llull, Barcelona), with Cinema Studies at Saint Martin’s School of Arts (London) and training in Method Acting at the Nancy Tuñón Studio (Barcelona), Susana left for Los Angles, where she worked as a sound assistant for the great Major Film Studios of Hollywood: Universal Studios and Cinehauss, on ‘Man on the Moon,’ with Milos Forman and in Todd-Ao Studios, and with directors of the likes of Terence Malick (‘The Thin Red Line’) and Martin Brest (‘Meet Joe Black‘).

Upon returning to Spain, she worked as a director’s assistant making publicity spots and video clips, in particular for the producer Pedro Aznar; and she developed in the film workshop of director Bigas Luna, who encouraged her to direct her first feature-length documentaries: ‘The Americans are coming‘- behind the scenes, in the ‘indie’ cinema of Los Angeles, with Sheldon Collins and Justin Hogan; and ‘El beso oscuro de la mar‘ [the dark kiss of the sea] (Festival Cinema L’Alternativa 2003 and TVC).

She became a specialist in documentary films (she obtained her Masters in Creative  Documentaries at the University of Pompeu Fabra), and over the following years she worked with various production companies in the Spanish market (Bausan Films, Mallerich Films, Gestmusic, Visiona TV, Mediapro, Goroka, Minimal Films, among others). She travelled around the world, completing numerous documentary series and films to be played on TV, at cinemas or in exhibitions, with long runs at festivals, winning awards and being distributed internationally.

In 2018, she founded STORIES By Susana Guardiola and prepares as a director, the fictional mini-series ‘El príncipe de cristal‘ [the crystal prince], the multiplatform project ‘PEACE,’ the film ‘El Dioni, palabra de ladrón,’ [The Dioni, word as thief] and the documentary ‘José Padilla, el don‘ [José Padilla, the gift] (with Promarfi and Marta Figueras).

We rely on a strong team of experienced collaborators: directors, cinematographers, script-writers, producers, commissioning editors, composers, editors, marketers, distributors and storytellers, of all ages and backgrounds. 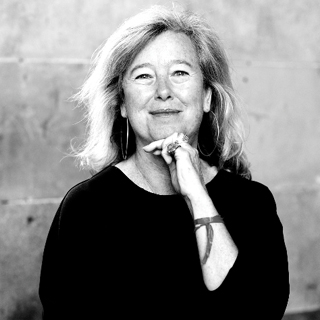 Working as a producer since 1996, Marta Figueras has opted to do films directed by women, a choice which has only brought her satisfaction. Her first film, ‘La moños‘ [The buns] (1996), was directed by Mireia Ros and received a nomination at the Goya Awards for the Best New Director. It was also selected in Chicago’s International Film Festival and the Mar de Plata Festival. Her next film was ‘Hotel Romm‘ (1998), directed by Cesc Gay. It was selected at the San Sebastian Film Festival (Zabaltegui), and was awarded the ‘Alcances’ award for best film at the Cadiz Festival. Then she worked on ‘El Triunfo,’ [The Triumph] (2006), which was directed by Mireia Ros. It was selected at the Berlinale, for the Panoramic Section. Next was ‘Barcelona antes de que el Tiempo lo Borre,’ [Barcelona, before time erased it] (2010), again directed by Mireia Ros. It won the Memorimages award, TVE’s ‘Continuará’ [Continuation] award, and the Gaudi award for the best feature-length documentary. Then she worked on ‘Game Over‘ (2015), directed by Alba Sotorra. It was selected at the International Film Festival of Karlovi Vary. It won the Gaudi award for best feature-length documentary.  She has also worked on ‘Comandante Arian,’ [Commander Arian], again directed by Alba Storroa. It succeeded in gaining excellent critical and public reception in HOTDOCS, the International Film Festival of Shanghai, and SEMINCI. It was also nominated for the Gaudi award for the best feature-length documentary. She is currently working together with Susana Guardiola on ‘José Padilla, el don,’ [Jose Padilla, the gift], and ‘El Dioni, palabra de ladrón,’ [The Dioni, word as thief]. 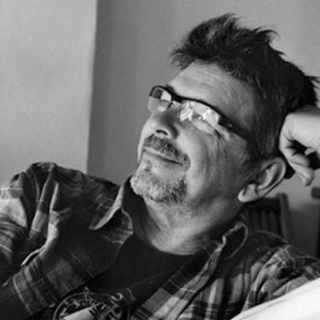 Josep M. Civit is responsible for the cinematography of films shot with directors like Bigas Luna, Agustí Villaronga, Monte Hellman, Paul Leduc, Carlos Saura, Rosa Vergés, and Clauge Gaignaire. He regularly collaborates with Susana Guardiola on documentaries that convey a wave of emotion through their imagery. As a result, Josep has twice received the Gaudi award for photography. The first time he won for ‘Incierta Gloria,’ [Uncertain Glory], the second for ‘El Rey del la Habana,’ [The King of Havana], for which he was also nominated for the Goya Award for best photography, together with Agustí Villaronga. He also received the Coral Award for best photography at the Havana Festival for ‘Latino Bar‘ from Paul Leduc, and received a Special Mention for ‘Angustia‘ [Anxiety] from Bigas Luna at the Avoriaz Festival. 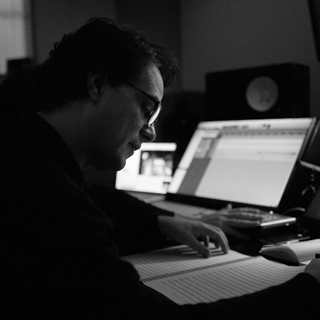 Javier Rodero is a Spanish composer who works in the UK and Spain. Following his musical and cinematographic training at ESCAC (The Superior School for Cinema and Audio-Visuals in Catalonia), he is known for his work on feature-length films: ‘Ghost Graduation‘ (Ruiz Caldera) by 20th Century Fox; ‘Tres bodas de más‘ [Three weddings too many] (Ruiz Caldera) by Warner Bros; ‘Spy Time‘ (Ruiz Caldera) by Warner Bros, for which he received a nomination for the Feroz Award for Best Original Score; and the comedy series ‘Mira lo que has hecho‘ [Look at what you’ve done]. Over the years, he worked as an editor, and since then, has composed music for big studio films, independents, documentaries, animated series, and commercials. He has collaborated with Susana Guardiola on numerous projects, and is now working on the score for her next feature-length fictional documentary: ‘El Dioni, palabra de ladrón,’ [The Dioni, word as thief]. 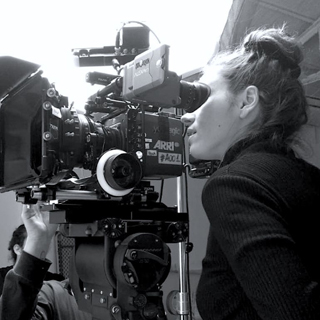 Ariana is a Cinematographer and Director, and was born in Barcelona. She has been working for many years across various projects, which include adverts, documentaries, films and video-clips for renowned agencies and production companies, both nationally and internationally. She graduated in Audio-Visual Communication at the University of Ramon-Llul and received her Masters in Cinematography at ESCAC (The Superior School for Cinema and Audio-Visuals in Catalonia). She has always been fascinated by integrating light within her photography and projections. She has worked for brands such as Pronovias, Freixenet, Mercedes, Custo Barcelona, Danone, Cruzcampo, General Optica, Majorica, Puig, and Montana Colors. She has also collaborated with directors such as Daniel Sanchez de Arévalo, Susana Guardiola, Virgil Ferragut, and Agus Berruezo, among others. Her work looks to express emotions through imagery that mixes reality and fiction, with a very careful aesthetic that relates directly to art. She has worked with Susana Guardiola on various projects, including on the current, multi-platform project, ‘Voces por la paz‘ [Voices for Peace]. 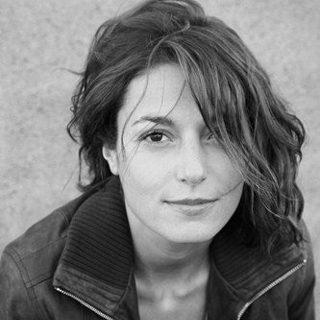 Born in Barcelona, Isabel Uriach graduated with a degree in Audio-Visual Communications (2008) and with a Masters in Cinematography from Central Saint Martins (2012), after studying theatre at the Corazza Studio. In 2014 she received a grant for a summer residential programme at Stanford. She has developed her experience in an international environment, working with directors such as Stephen Daldry and Danny Boyle. She focuses on the production and commission of docuseries, films and brand marketing in collaboration with Vice Media, Olympic Channel, IMG, and Bausan Films amongst others. Since 2012, she has formed part of the production team for the Olympic and Paralympic ceremonies in London, Sochi and Rio. She is currently living and working in Barcelona, where she can combine her work on brand marketing and feature-length films, and also collaborate as a Producer for STORIES By Susana Guardiola. 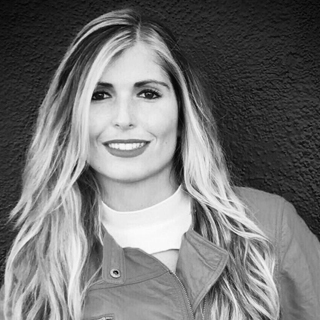 Sofía Lapuente is a script-writer and producer at LOBOS Entertainment. She started her career as a producer in the show ‘Caso Cerrado‘ [Case Closed] (Telemundo), which received two Emmy nominations. She has been established in Los Angeles for years and is represented by the APA agency together with her partner, Jarrod Shusterman. They have both worked on projects for major studios like Paramount Pictures, Temple Hill (Dry) and Sony Crackle (Cry Victory). The two are currently developing projects both in Hollywood and Spain, primarily focused on the bilingual aspect of English and Spanish, which allows them to specialise in a rapidly growing market. She is also collaborating, from Los Angeles, on STORIES By Susana Guardiola. 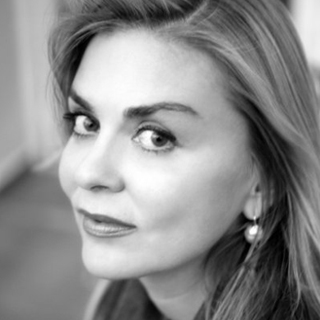 Alexandra Seegers is a senior communications and marketing strategist, based in New York. She graduated from NYU, Parsons School of Design and LSE, and won awards for her work as a Senior Art Director at Oglivy & Mather, J. Walter Thompson, Gotham Advertising and Arnold Worldwide. She brings with her eighteen years of experience in consulting businesses and corporate foundations, but she didn’t want to pursue it to a global level. Instead she chose to advance her career through integrated communication planning that includes Branding, Storytelling, Digital Marketing, CSR, PR, special events and fundraising strategies. She is also an executive director and founder of Phylos. They are an integrated marketing and communications agency that addresses the unique requirements of corporations, foundations and NGOs in their quest for a socially responsible world, with a special emphasis on SDG (Sustainable Development Goals). She is a regular collaborator for STORIES By Susana Guardiola, and is currently working on the project ‘Peace‘ about the Culture of Peace. 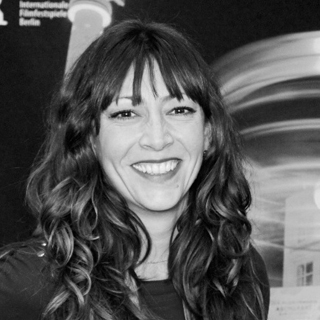 Johanna Tonini graduated in Audio-Visual Design at the University of Buenos Aires (FADU-UBA), in Argentina. In 2002, she moved to live in Barcelona, where she enrolled in the post-graduate course ‘Advertising Production’ at the University of Ramon-Llull, in the Blanquerna Communications Foundation. She started to work for different Spanish production companies, developing the work of film distribution at film festivals and managing the press and communications department. In 2013, she founded Movies for Festivals, with the objective of accompanying producers and directors to help them distribute their films and documentaries at film festivals around the world. The current Movies for Festivals catalogue is present at both national and international festivals, as well as in the film markets (EFM, Ventana Sur, Locarno, San Sebastian, etc.). She has also taken on the role as a judge in the documentary section of various festivals. In 2018 she decided to incorporate a series of LGBTI-themed documentaries in her catalogue, such as ‘Enfemme‘ (Zinegoak, Guadalajara Film Festival, Hamburg Queer FF, etc.), and ‘Ver a una mujer‘ [To see a woman] (The European Film Festival in Seville, PÖFF  Tallin Black Nights, D’A Barcelona, The Cali Festival in Colombia, Queer Lisbon, etc.), amongst others. The catalogue also includes ‘I hate New York,’ produced by J.A. Bayone (debuted at the festivals in Malaga, San Sebastian, SEMINCI, Raindance (UK) New York, LGBT festival, Florence Queer FF, etc.). Johanna is a collaborator for STORIES By Susana Guardiola; in particular she was responsible for the distribution of ‘Voces desde Mozambique,’ [Voices from Mozambique] (Susana Guardiola, Françoise Polo), for Bausan Films. 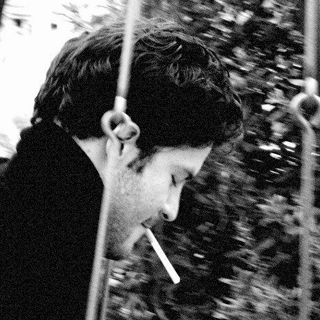 José Manuel Baptista graduated with a degree in Literature in Bolivia, and with a Masters in Literary and Audio-Visual Translation from the University of Ramon-Lull (Blanquerna). He has worked as a collaborator for literary and cultural magazines in La Paz, such as 88 Grados [88 Degrees], and Revista Khana [Khana Magazine], writing columns, reviews, interviews and essays. He edited and contributed to the book San Cristóbal: una mina sin par en la historia de Bolivia (San Cristobal: A mine with no equal throughout Bolivian history], which is a story about the third biggest silver mine in the world. As a translator, he has published a short-story about Erskine Caldwell in the magazine Granta en español (Granta in Spanish). Now he is working on his second script for a short-film. He started his professional Audio-Visual Career at STORIES By Susana Guardiola as a trainee student, and is currently working as a producer and director’s assistant on various projects for the production company.

We use cookies to ensure the best experience to our users. Your use of our web sites indicates your consent to the cookies described in this policy.OKCookies Policy